Scenes from wartime Dyrham, when the country house near Bath was used to accommodate evacuees from London Picture: National Trust, Dyrham Park

Katherine Holden author of a new book on the history of nannies, highlights the pain for children and nannies when they had to part

When we think of the traditional pre-war nanny we often imagine a warm comforting person who was always around, kept on in the family after the children grew up.

But when I looked into this subject more deeply, while researching my book on the history of nannies, I found this was far from the case.

Very few families were rich enough to keep a nanny on when the children grew older, and most nannies only stayed for a few years at most.

Some families coped well with changes of carer. But many children were unable to talk about the heartbreaking pain they felt when their nannies left.

One woman I interviewed, who was never allowed to talk about a nanny who had died of TB, explained: “I can never accept losing people, never. I’m terrible still.”

We know now how important early attachments are for children but we usually assume this must be to a mother. Yet many pre-war mothers from wealthy families were distant figures, often idealised by children because of their absence from the nursery.

The child psychiatrist John Bowlby said that “for a child to be looked after entirely by a loving nanny, and then for her to leave when he is two or three, or even four or five, can be almost as tragic as the loss of a mother.”

Bowlby was an influential figure in post-war childcare debates and has often been blamed for making mothers feel guilty if they left their children. But for upper-middle class children from his background, changes of nanny could be as significant as the loss of a mother.

It was not just the child who found parting difficult, but also the nanny. One nanny shared her agony at leaving a much-loved charge with readers of Nursery World magazine in 1946.

She wrote: “My last charge is nearest to my heart and I can now think of him without the terrible heartache I used to have. I write to him and send him gifts but I never hear anything of him.”

Her letter struck a chord with readers and the nanny was amazed to receive so many letters in response expressing sympathy.

Edith Hunt, a Suffolk nanny in the 1920s, became so attached to one of her charges, who would not let her out of his sight after she had been away for a short holiday, that she had a “nervous breakdown”. Edith wrote: “It was and will always be the worst aspect of looking after other people’s children and the wrench for both nannies and children is almost unbearable at the time.”

When I discussed my findings with my father, Hyla Holden, a child psychiatrist who had been a colleague of John Bowlby in the 1960s, he was not surprised. He had researched the residential nurseries at Dyrham Park, a country house near Bath, now owned by the National Trust, and found similar kinds of heartache.

These nurseries took in babies and young children evacuated from poor families in London.

Like the wealthier people I talked to, whose parents often left them with nannies when they went abroad, these young evacuees rarely saw their mothers. Visits were permitted once a month but some parents came only once a year and a few children did not see them for the whole of the war. Some children forgot their parents and became attached to their nurses.

My father was interested in the longer-term effects for the children of being separated from their mothers.

He knew evacuation saved many lives and that the children at Dyrham had been physically well cared for, but he worried about their emotional health.

Some of the nurses became deeply attached to particular children, despite efforts to prevent this. One nurse wanted to adopt a boy she called “her treasure” and missed him terribly when he went home.

The evacuees my father talked to had hazy recollections of their time in the Dyrham nurseries. But he noted how often the phrase recurred in reports of former nursery children: “After I got home I was always the odd one out”.

At times Hyla felt that he was intruding into an area of great pain in their early lives.

One former resident recalled his desolation when another child who he believed was his brother was taken away and he recalled how the man who collected the boy simply said “he’s not son.”

Not long afterwards he, too, was carried away by two people he did not recognise, who turned out to be his grandmother and older brother. They took him back to an unfamiliar house and a family of strangers.

Further links were revealed between my own and my father’s research when I discovered that some of the staff at Dyrham had trained at Norland College.

This was the premier nanny training college, which is now located in Bath.

Trained nannies usually had to leave their jobs in private houses in 1941 (when women between 18 and 40 were required to do war work) in order to staff wartime nurseries.

I also found that nurseries of this kind played an important part in training student nannies and nursery nurses during and after the war.

However the former nannies I interviewed suggested that the children’s best interests were not always recognised and that the needs of the students often took priority.

Bowlby’s book Childcare and the Growth of Love stressed the importance of continuity of care and was used as a text book in nursery training colleges after the war.

But nannies did not remember his views being put into practice. In some nurseries, a student would be given a particular baby or child to look after exclusively for a month.

She would then move on to a new child. Speaking with hindsight, they felt the children suffered under this regime.

One nanny explained how they practised on the children, some of whom were as young as ten days old and was critical of parents who did not see their offspring “from one year to the next”.

Both my own and my father’s research show the importance of children’s relationships with their nurses and nannies, whether in private homes or residential nurseries.

Not only has former nannies’ heartache been largely invisible, but we have rarely listened to children’s feelings about the sudden disappearance of much-loved carers.

Their history and their voices deserve to be heard.

Katherine Holden is a research fellow in History at the University of the West of England.

Her book on the history of nannies explores relationships between nannies, mothers and children in 20th century Britain. 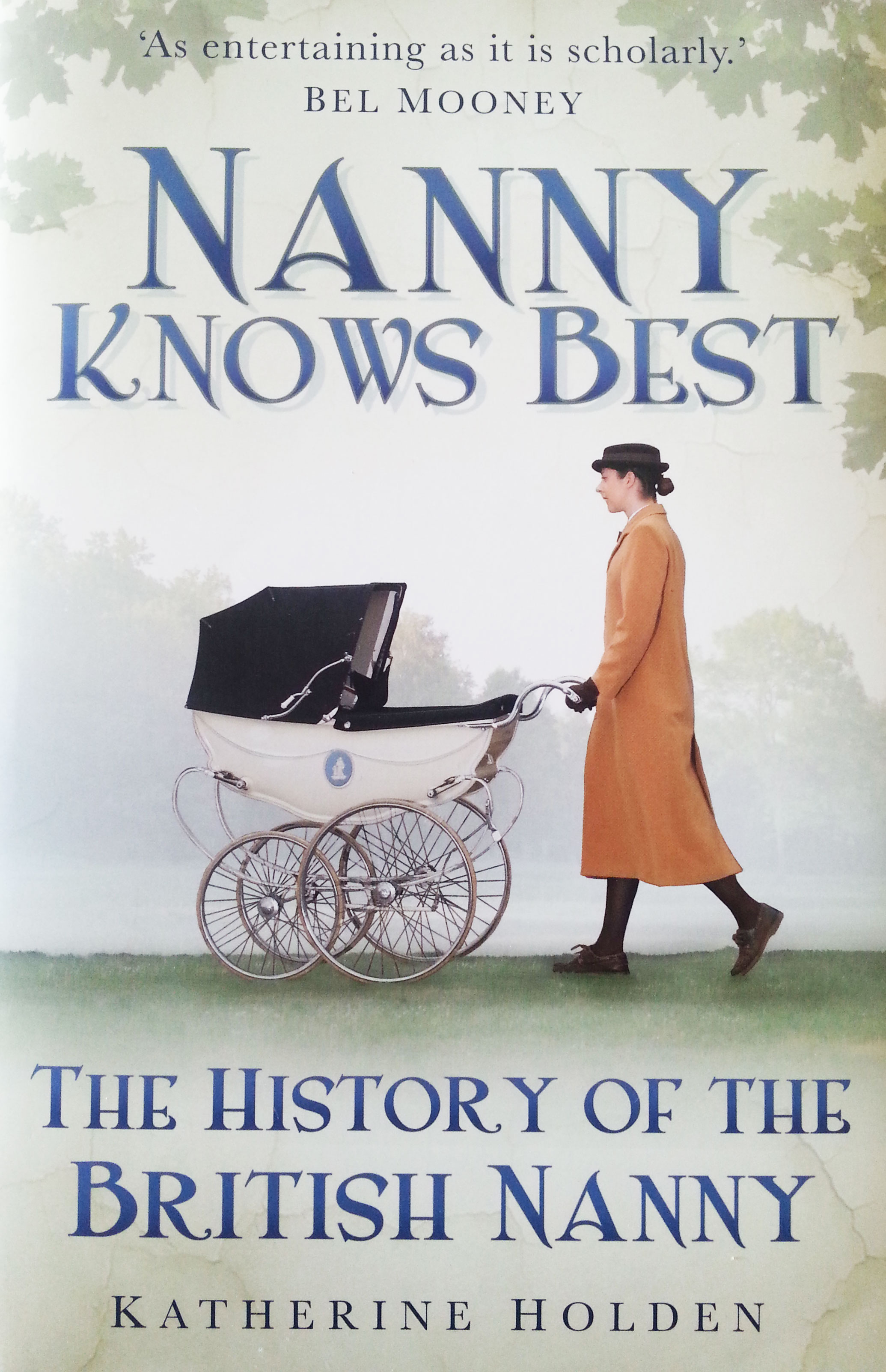 The History of the British Nanny